Different touching habits around the world

Touching and greeting habits differ widely around the world. In some countries people greet each other by shaking hands, in others they kiss each other on the cheek (one, two, or three times, depending on the country).

Elsewhere people hug each other, or in others they put their hands together in front of their chest (Thailand), and in others they rub noses (Eskimos). This can lead to surprising encounters.

If there was a contest who could sleep the easiest and in the most unusual places, the Thais would most likely win hands down.

Is Thailand a third world country? I will let you decide. I live in Chiang Mai which is the second most important city in Thailand after Bangkok.

Continue reading…What is it Like To Live in Thailand? 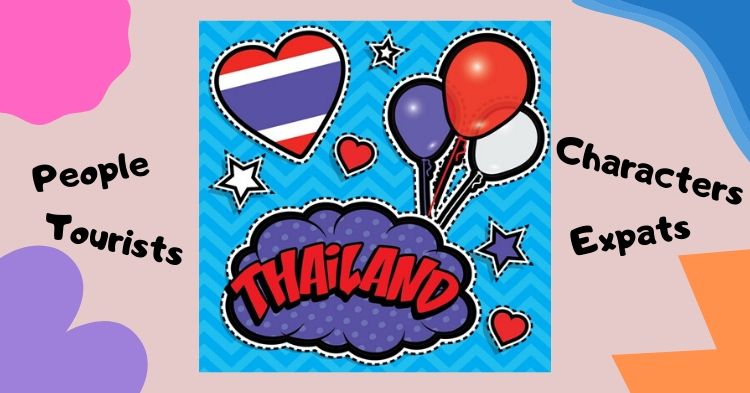 People watching can be quite an interesting way to spend your time in Thailand. It’s not quite as much fun when it happens in the same environment, let’s say an American watching other Americans in a mall in Chicago.

However when you watch foreign visitors to Thailand in an environment which is not so familiar to them, you get to see some really interesting and sometimes hilarious types of behavior.

After having lived in Thailand for two decades, I have come up with a list of those behavior types. 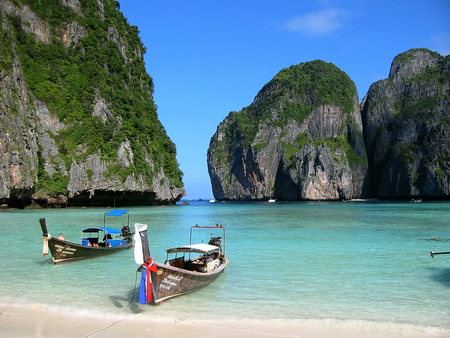 Did you ever daydream about being in a place where everything is perfect, where you feel totally at ease and happy? I have not found such a perfect place on planet earth, and to my best knowledge it does not exist.

But some places come much closer than others, and Thailand is in this category. No country is perfect, and neither is Thailand. But there is a good reason why tens of thousands of expatriates have decided on settling here.

Actually there are ten good reasons I can think of.

Continue reading…10 Reasons Why Thailand Is A Great Destination

The Atmosphere In Omkoi Thailand

Just when you thought you have seen Thailand, something totally unexpected happens. Like you happen to be in an ordinary and not particularly interesting town or village, and suddenly there is this gigantic festival happening which transforms the town into an exciting, happening, fascinating place.

This happened to me in the town of Omkoi in Chiang Mai province of northern Thailand. My wife and I were visiting friends there. When we arrived, there was a huge festival going on with music, food, dance performances, and many other events.

Continue reading…Amazing Big Festival in a Small Town in Thailand

If you have children, this is for you! Watch a big high school event where students from several schools in Chiang Mai, Thailand, are competing in sports and dance. The dancing is similar to western cheer leaders, however the sports events are less serious and more fun.

There is ‘sack hopping’, chasing a little ball with green eggplants hanging from the hip, and other fun events. This is not a tourist event, but footage about real life in Thailand. Watch the video below: 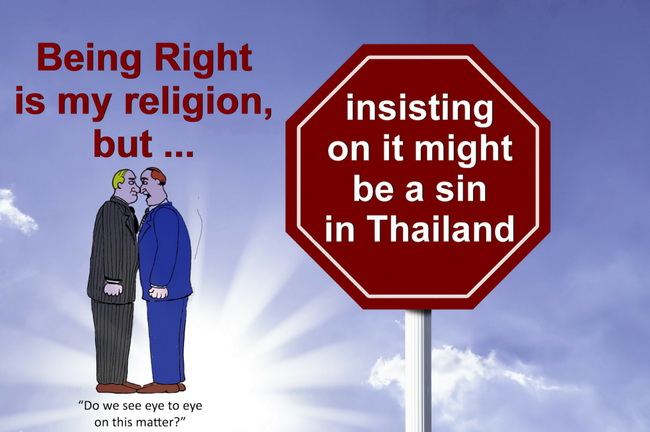 In western countries, like the US for example, being right is like a religion. People are absolutely convinced that their opinion is the only correct one, and they feel compelled to tell everyone.

Why do the Thais always ask you how old you are?

In the western world you don’t dare asking a woman how old she is. It is considered rude and intrusive, and many western women will flat out refuse to tell you their age.

The implied concept is that aging is a bad thing for a woman and should be hidden as much as possible. Being secretive about age and even lying about it is considered acceptable.

Now let’s move on over to Asia. Here comes our first time Thailand visitor, a woman for our story, and she is taken aback since people regularly ask her how old she is. Why are they so nosy in Thailand? Why do they pry into such intimate subjects?

I have lived through two military coup d’etats here in Thailand. They were both very uniquely Thai style affairs. Normally we associate coups with violence, shooting, arrests, and political prisons, in other words very unpleasant events.

However Thailand has come up with what I call “velvet coups”. I remember the first one in 2006. The army rolled out tanks in the streets of Bangkok. But instead of creating an atmosphere of terror among the citizens, many Thais took it as a fun event.

They climbed up on the tanks, handed flowers to the soldiers and had their pictures taken while posing on the tanks with the soldiers. No shots were fired and nobody got hurt.