In western countries, like the US for example, being right is like a religion. People are absolutely convinced that their opinion is the only correct one, and they feel compelled to tell everyone. 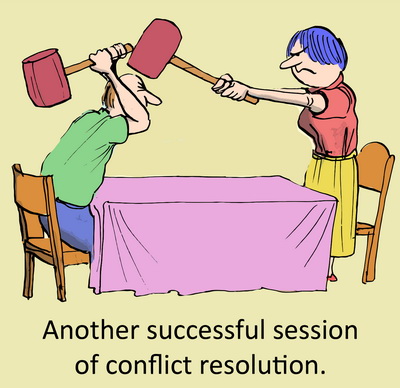 They will argue and fight over it, even if the atmosphere sours, their conversation partner becomes their enemy and everyone feels bad about the issue.

But you gotta be right and defend your opinion to the last breath. It can be exhausting!

I know, not everyone is like that, and I might exaggerate a little, but basically I am not far off from the facts of life.

How do I know that? Because living in Thailand has shown me a very different perspective where being right is not important and in many cases actually not even desirable.

The Thais don’t value being right as much as they value allowing themselves and everybody around them to save face. It is considered bad etiquette to insist on being right if that makes someone else wrong.

In the western world being truthful, straightforward, direct and outspoken is valued as a good character trait and good social etiquette. In Thailand these very same things can be considered offensive.

When social harmony is more important than the truth 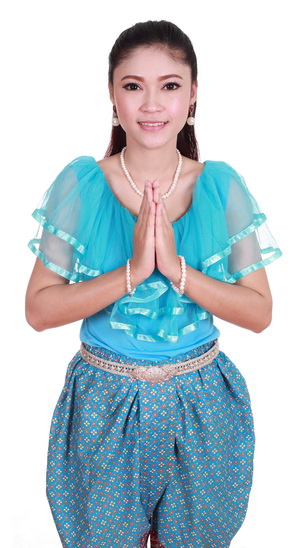 The Thai way of smiling politely and avoiding controversy can admittedly come at the expense of “the truth”. So when you are in Thailand you cannot expect to always get straight answers, or a clear ‘yes’ or ‘no’. You will have to learn to read between the lines.

You will also have to learn that if you insist on being ‘right’, you will lose the respect of the Thais you are dealing with since you will be seen as rude and impolite.

It can be a little game. Maybe you know you are right and the other person knows that as well. But admitting it is another story, because that involves losing face, and losing face is about the worst thing that can happen to Thais.

You might think that this is all a complicated and artificial way of relating. However I have to say that it is quite refreshing not to get involved in any arguments ever. In all the years that I have been in Thailand I have yet to have a real argument with anyone.

They do exist of course. There are domestic squabbles, drunks yelling, jealous women berating their man, bar girls getting into fights with customers etc.

However, compared to the western world, in everyday life it is much more rare to hear open disagreements or arguments, or discussions about who is right. Despite the above examples such behavior is considered bad etiquette and is mostly avoided.

Cross-cultural relationships have their own set of challenges 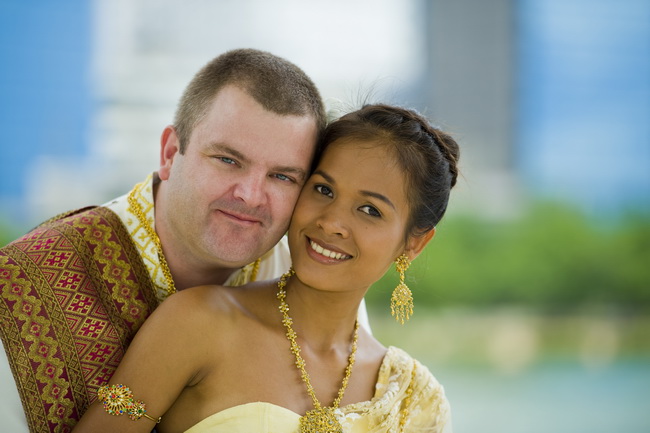 Thais don’t have this sense of individualism which especially Americans pride themselves of. For the Thais it is much more important to be part of a community, a social structure or hierarchy.

In there everyone has their place. Everyone has a certain status, and it is acknowledged that other people have a lower or higher status. There is little sense of individualism which allows everyone to be who they want to be and to go as far as they can go in life.

In the western world many people get their sense of security and stability from being strong and independent and individualistic. They are proud of breaking out of the social system which they were brought up in and making their own way to bigger and better things.

Don’t lose face – and never make anyone else lose face

They know that insisting on being right often makes someone else wrong. Being wrong can mean losing face. Losing face means shame, and that’s to be avoided at all costs.

Being right versus getting right – how to do it?

So how do you get your point across if you are right? It is done in a subtle way which doesn’t make the other party wrong and which avoids conflict. That’s an art which westerners are often not so good at, and it is the reason why it can be difficult for them to work with Thais – or being in a relationship with one.

Thai smiles are not necessarily meant to be friendly

In a situation where the westerner gets angry, the Thai just smiles. Everyone knows that this is not necessarily a happy or even friendly smile. It is a smile which covers an emotion which cannot be shown if it would cause conflict or loss of face.

Of course in the western world the concept of being polite, saving face and avoiding conflict exists as well. The difference is that in Thailand these concepts carry much more importance.

One person’s truth is another person’s insult

When push comes to shove, honesty, directness and truth are seen as the morally best principles in the western world. However those concepts are often sees as simply rude and offensive in Thailand and other Asian countries.

Thais understand who is right and who is wrong, but they won’t say it directly, and neither should you when you are in Thailand. Why? Because it won’t get you anywhere and it will only make enemies.

Politeness and a smile will open many doors in Thailand. This works even if you did something wrong or stupid. You will be forgiven or at least tolerated. However if you are right, and you insist on being so, you will never be forgiven if you made someone lose face over it.

The author, Shama Kern, is a long time resident of Thailand and travels extensively in southeast Asia. He is the founder and director of Thai Healing Massage Academy. You can reach him at shama@shamakern.com

Related Reading:
Relationships in Thailand Part 9
Patience And Indifference in Thailand
Why Thai Women Don’t Mind Telling You Their Age